What We Have in Common

The campus chimes begin to toll as I step out onto the labyrinth at University of Central Oklahoma, one, two, three, four, five o’clock. A lovely, simple melody follows, and I continue on the red winding path. The music ends, and the chimes from a nearby church echo the same tune back, then play a hymn. It is Good Friday and the campus is deserted; I love the quiet and the peaceful setting. Perfect for my walking meditation today. I am in the first hour of a four-hour silent retreat and prayer vigil. 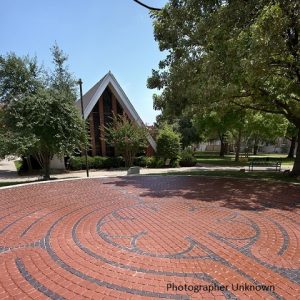 As I walk I think back over the past six months; I have been part of a group engaged in the spiritual exercises of St Ignatius. This daily retreat focuses on the entire life of Jesus and places the participant emotionally into scenes of his life with prayer, meditation, contemplation, and journaling. Total immersion. I first participated in the exercises sixteen years ago, and as my first experience, this one has been intimate, imbued with spiritual integrity, tolerance, and revelation.

END_OF_DOCUMENT_TOKEN_TO_BE_REPLACED

Our first years as a family were fairly idyllic in small town South Dakota, Wakonda, population 405. Wakonda is an Osage Indian word meaning “Great Creator”, an abstract, omnipresent spirit. Curious that my awareness and seeking of God began when we lived in Wakonda.

My folk’s first home was actually their dream home; they paid less for it than you would a used car now.  It was on a corner two acre lot with cherry trees, apple trees and crab-apple trees. This place was an absolute marvel for a kid!

END_OF_DOCUMENT_TOKEN_TO_BE_REPLACED 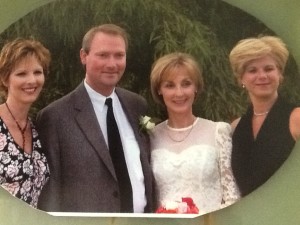 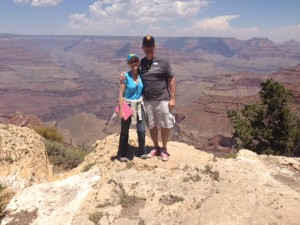 Close Your Eyes and Think of Me

We met at school over on the rock ledge when we were kids, new friends who had surprisingly known each other forever.

She gave me then what she offers to all-an open heart, she meets you where you are.

She rubs up against life hard and often, and it hurts her. Authentic always, when her days end she will have the grace of knowing this.

As enthusiastic as she was in younger years, there’s a gleam in her eyes as she shares her plans for the summer. Her weeks stretching into years, she does not want an idle life and has never had an idle mind.

She is such a talker, not one who relishes silence. Even the chatter is worthy your attention, this is an intelligent engaging woman.

In a world choked with indifference she illuminates what needs to change in our world. She starts with herself.

A deep loneliness dwells within her and really always has-but even more so now.

Her trust in me shines through her kind eyes; I am blessed. She knows she is safe with me in all circumstances, and I with her.

What she gives to those she serves is remarkable; she has a vision they can’t have for themselves. They are lucky recipients of her perception, attention and action.

A lover of animals, she protects those she can, giving her time and love to them. She mentors others about their care.

Heart on her sleeve; her wounds are plenty and relived. There is no debridement; the scar tissue seems to multiply.

Deep friendship is her talent, her gift. She’s not as good at casual friendship-always wanting more. Never cunning to conceal her love, she is effervescent in the presence of friends and family.

Bearing gifts from everywhere she brightens a mediocre day-just when you really needed a little surprise. And, she seems to have no idea the sweetness of this.

If you are lucky enough to know her well you have a partner for pizza, a confidant on the phone at two am, a warm honest hug when you are weak, straight forward words when you’re a fool, her prayers when you are lost and the most beautiful smile when you were sure there wasn’t one to be found.

“Piglet sidled up to Pooh from behind. “Pooh?” he whispered. “Yes, Piglet?” “Nothing,” said Piglet, taking Pooh’s hand. “I just wanted to be sure of you.” ― A.A. Milne, Winnie-the Pooh