I looked up from my hymnal to see bright, brown, innocent eyes peering back at me from two pews up. Fresh-faced and beaming, most likely of Chinese heritage, she looked about fourteen. My heart fluttered and I gasped.

I didn’t recall ever seeing her at St Augustine’s and have not seen her since. Looking back at the day, I am not sure I physically saw her.

The night before I had watched a movie called “The Flowers of War.” I was drawn to it because my favorite actor, Christian Bale, was in it. I got a great deal more than I bargained for; the story had a profound effect on me. Six months later I feel compelled to tell the story. 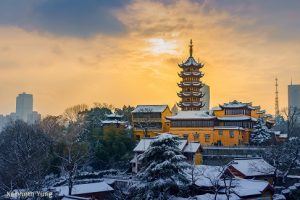 The movie was about the Chinese city of Nanking, the setting of one of the most horrific war crimes in history. I had never heard this story; it awakened me and revealed a depth of sacrifice I am not sure I possess.

Now known now as Nanjing, (It has had many names during China’s long history.) it is the second largest city in the Eastern side of China. It has been a prominent city of the Yangtze River Delta area for more than one thousand years; a city of culture, education, and prosperity. It boasts a population of eight million. 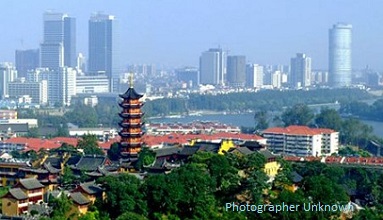 In 1937 the Empire of Japan invaded China, which began the Second Sino-Japanese War. Peking and Shanghai were taken, and the Chinese Nationalist leader Chiang Kai-Shek ordered Chinese Nationalist troops to defend Nanking. When the battle went very badly, he ordered all troops except for a small force to leave Nanking, in fear they would all be killed.

The Imperial Japanese Army tore through Nanking. With little military presence, the citizens were left to defend themselves. All who were able fled the city in any way possible, including a sizeable number of Western expatriates and clergy.

Over a six week period, the Japanese army massacred more than 300,000 people, soldiers, civilians, men, women, children, infants, priests, nuns, and the elderly in what is now called “The Rape of Nanking.” (History.com) 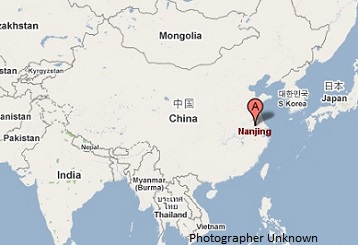 The novella, “The Flowers of War,” Geling Yan, tells the story of an American missionary (Christian Bale’s character) who takes refuge in his church with a group of Chinese schoolgirls, a handful of wounded Chinese soldiers, and a group of young prostitutes. The novel was based upon historical accounts, and the diaries of Minnie Vautrin, an American missionary who ran Ginling Girls College in Nanjing. Ms. Vautrin is said to have saved more than ten-thousand lives by sheltering them in the college and refusing to back down, despite threats to her own life. (“Terror in Minnie Vautrin’s Nanking, Diaries and Correspondence 1937-1938”, Minnie Vautrin) 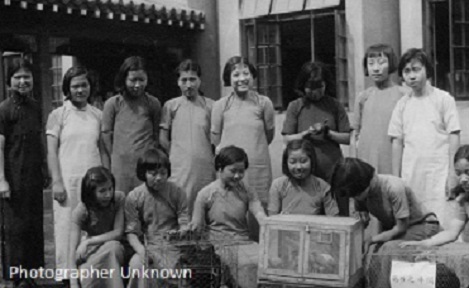 The movie is a fictionalized account of the novel, portraying the missionary as an American mortician posing as a Priest. The story unfolds through the eyes of a thirteen-year-old-girl, not unlike the young face I saw in church that day. The students were virgins coming of age in the midst of this horrific scene. The movie depicts the school girls perfectly, sharing secrets, and shocked but giggling, at the behavior of the prostitutes. The prostitutes were portrayed as flamboyant, vulgar, crude and egocentric. The American was not much better, drunk and opportunistic.

Japanese soldiers are said to have raped more than twenty-thousand women and girls during the siege as they burned, looted, clubbed, drowned, and decapitated their way through the city. Although the movie depicts some of the actual brutality, thousands of crimes took place too grotesque to portray.

War is horrific at any time in history and in any country. We can all recount stories of brutality. And yes, even by Americans. What causes men to lose their humanity and carry out unthinkable savagery? At what point do sons, fathers, and uncles decide the life of a fifteen-year-old girl has no worth? That an entire race or nationality has no worth? Are the urges to control others and inflict pain during war somehow linked to the behavior we see lately around the world? The dehumanization of those different from us did not die in the 1940’s; it is still taking place. 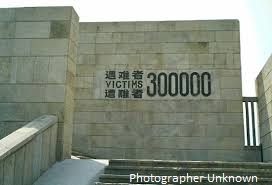 During the time the American took shelter with the students and the prostitutes, they all softened toward each other, remembered their humanity, and worked together to get through. The mortician was instrumental in getting the group rations and began to repair a truck on the church compound with an idea to save as many schoolgirls as he could.

One day a Japanese Colonel promised to post guards outside the church compound for protection if the schoolgirls sang for him. He was pleased with their performance, but days later came back with an official document announcing a command performance for the girls, to sing at the Japanese victory celebration.

The American mortician knew this was not only a death sentence for the innocent girls but that they would suffer rape and myriad atrocities at the hands of the soldiers before they died. Before the Japanese Colonel left, he counted the girls to make sure he got them all the next day when he came to pick them up. 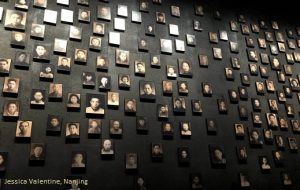 In a profound act of self-sacrifice, the prostitutes asked the mortician to cut their hair and apply makeup to make them look like the young girls so they could be taken in place of the girls. They all knew it would be their last act of compassion.

The next day the Japanese soldiers picked up the 13 Flowers of Nanking posing as schoolgirls and drove them to their destiny. The final scene showed the mortician hiding the girls in the truck and driving out of Nanking.

Although the movie is a fictionalized account, the events did take place just as the novelist wrote it, and the true diaries of Minnie Vautrin reveal hundreds of accounts of heroism and sacrifice. The precise fate of the thirteen women is unknown.

There may come a day when our lives require unthinkable decisions. Who are we? Can we see ourselves in the faces of those different from us? Who would we become? Let us remember, there is cruelty in the best of us, and mercy in the worst of us. 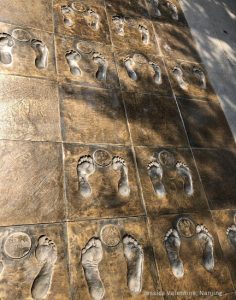