Could We Be Wrong?

“Imagination will often carry us to worlds that never were, but without it we go nowhere.”          ― Carl Sagan

An amateur Spanish archaeologist, Marcelino de Sautuola, and his eight-year-old daughter Maria were exploring a cave in Altimira Spain in 1879 when Maria looked up and found striking paintings of bison on the ceiling.

Sautoula had seen similar displays of Paleolithic painting in Paris at an exposition and assumed their Altimira discovery might also date from the Stone Age. He and an archaeologist from the University of Madrid published these findings to quite a stir in the scientific community.

They presented the paper at an International Scientific Congress and were ridiculed. He was accused of forgery because he could not account for why there were no soot marks on the walls and ceilings of the cave. His accusers said Sautuola had the images painted by a modern artist. 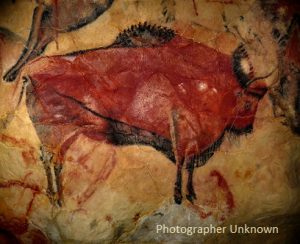 The scientific community took issue with de Sautuola’s findings; so did the church. The theory of evolution was new in those days and his theory of a very talented Paleolithic painter who lived 15,000 years ago did not sit well with them, so de Sautuola was discredited even further.

In 1902 his critics admitted Sautuola’s paper was correct; that marrow fat was likely used as oil for the prehistoric painter’s lamp, leaving little to no soot. By then he had lived the rest of his life in shame. Sautuola became a hermit of sorts and died quite young; he did not live to enjoy his recovered reputation.

Sautuola was one of many scientists, philosophers, explorers, priests, and writers discredited for their beliefs. Jesus, Buddha, Columbus, Harriet Tubman, Dr. Martin Luther King Jr., Sue Monk Kidd, Carl Sagan, Sara Grimke, Joan de Arc, the Wright brothers, Alice Paul, and Galileo made the list. We could fill multiple pages with names from the past and present. 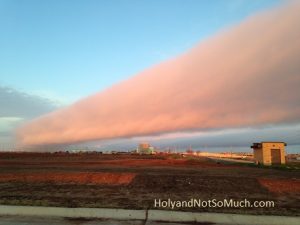 When I think of these people who were wounded by judgmental fear-driven critics, I wonder whom I’ve judged harshly and discounted.

Some people claim to get messages from those who have passed. Who am I to say they do not? One of them gave me a message from my mother. I had never met this woman, she knew nothing about me, my family or acquaintances, and my Mom had passed before the events the medium mentioned took place.

Neil Degrasse Tyson, the Astrophysicist, tells us “The atoms of our bodies are traceable to stars that manufactured them in their cores and exploded these enriched ingredients across our galaxy, billions of years ago.”  He shares this belief with most of the scientific community.

My Dad was a man of science and held that scientific theories of evolution and religious beliefs of creation can exist peacefully; I concur. 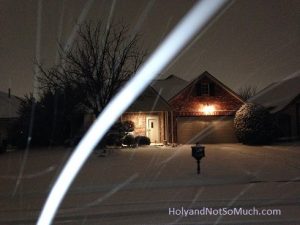 When I was young, I dreamed of a collapsible, climate controlled, travel pod. It would hold two people and travel just higher than the trees. It could be parked or collapsed to fit into a small rolling bag. On April 24th of this year an aerospace engineer working for a company called “Kitty Hawk” piloted a flying car above a lake north of San Francisco.

Many theoretical physicists believe there are infinite numbers of universes with different variations of people, and situations taking place, simultaneously. Everything that can possibly happen is occurring at some point across these multiverses. Perhaps we are not as unique as we think we are.

Claims of near death experiences push us to the limits of belief. Last year I read a book called Proof of Heaven: A Neurosurgeon’s Journey into the Afterlife by Eben Alexander which gave me pause. Again, who am I to refute his statements?

I keep a journal of synchronistic events that are extraordinary to me. I am no scientist and not particularly clever, just curious. One of these events comes to mind regarding a book I wanted to read called City of Tranquil Light by Bo Caldwell. 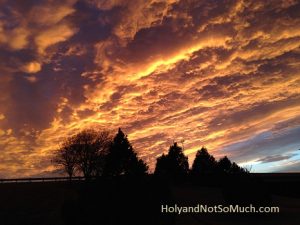 Like other book-obsessed readers, I went to Barnes and Noble in a frenzied search for the book, but did not find it. Later my friend Daphne and I made our annual trek to the “Friends of the Library” book sale. There you find some 600,000 books, DVDs, and audiobooks for ridiculous prices.

I searched without success for the book and came out with twenty-six others. On the way out I walked by the audio book section which had been too crowded to venture into. I could only get close to one empty shelf with one audio book way on the very top; I could not see what it was. I reached up and brought down City of Tranquil Light.

Are we secure enough in ourselves and in our faith to explore the possibilities? Admit the world we think we know may not be what we think it is or more than we think it is? People we disagree with may be right? Perhaps we have not seen enough of the world first hand to judge. Are we far enough along the path to be at peace with the unknowing? The older I become, the more I realize I do not know. I resolve to suspend judgment and open to the wonder.