Sometimes I miss the younger woman I was. I do not look back and wish I had done this or that; I did most of it. What I do look back at with longing is the untamed spirit I had. The years have refined me, smoothed out my uncultivated surfaces, and tamed me.

Something as simple as driving, I saw as an adventure. I have collected more miles than average on my vehicles and it has not always been smooth cruising, or parking for that matter.

After overspending at the mall, I returned to my Jeep to find a policeman waiting for me. “Mam, your vehicle has been involved in a hit-and-run” he announced.

I told him I did not have a self-driving vehicle, so that was just not possible. He ushered me to the side of my car which revealed the entire side smashed as if I’d been in a significant accident. 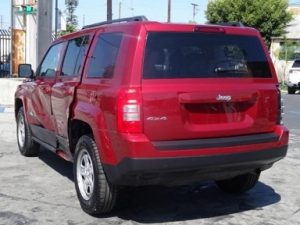 A very-sturdy looking soldier approached, telling us he had “seen the whole thing.” We inquired how my car got smashed with no driver. He replied, “See that big green truck parked five spaces down?” We did see it. “He missed the space beside you and hit your car, got out, surveyed the damage, then moved his truck down a few spaces.” When the young driver returned to his green truck, he had quite the greeting party.

Even in my driveway, dubious auto Karma followed. I backed out one morning to a c-r-u-n-c-h. It was my niece Jessica’s car, parked down-hill, right behind me. I awakened her from a sound sleep and gave notice that her car was now shorter. She peered sleepily up at me with surly eyes and said: “I don’t care, just move it out of the way.” The girl was no more a fan of mornings than the perpetrator was back then.

Wrecks can be funny. I backed-ended a woman’s car, then walked to her window to inquire if she was all right. “Hell no, I have whiplash,” she growled in a rehearsed tone. 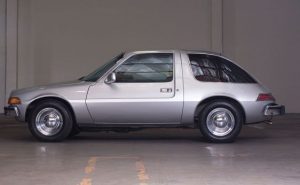 The firemen arrived quickly, as usual. They told me nothing was wrong with her but gave her a neck brace to appease her. Ladies, these were fine firemen. They each put a neck brace on, cocked their heads to the side and moaned “Ooh, I have whiplash.” If you don’t love the firemen in central Oklahoma, you just ain’t right! She sued. My company paid. I sure miss those company perks. This is the confession part, sorry Paula.

It is the law of averages you see. The more time you spend in a vehicle, the more likely you are to have these–mishaps. That’s my story. When you put twenty-four-thousand miles a year on your car, things go awry.

Waiting at a stop light, the senior motorist in front of me put his car in reverse instead of drive, then slammed into me. He ambled back to my window with a sheepish “mea culpa.” He got back in his car. When the light turned green, he did it again!

There was the incident with the deer, poor thing. I went back to say grace over her and make amends, but she had vanished. 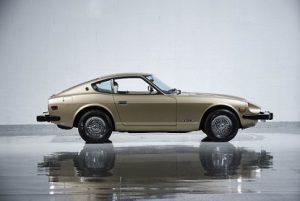 Back in my sports car days, I drove around the narrow, winding, lake road to work, shifting gears, singing, putting my mascara on, doing my hair, and drinking coffee at the same time. It is a wonder I was not one of those people they find at the bottom of the lake during a drought.

That slick little car landed me in soo much trouble. . .

It was low to the ground and lightweight, and did not navigate well on ice or snow. Going around the lake on the ice, I would do a 360 and plunge into the ditch backward. The third time in a month I called Ray’s Towing, Ray said: “I should just drive you to work, it would save me time.”

I earned more than few speeding tickets back then. At one point the state sent me a strongly worded letter, “inviting” me to attend a driving class.

Traveling near New Boston, Texas I was stopped by a patrolman, aka Jethro of the Hillbilly variety. He made me follow him to the police station, which seemed peculiar, but it was a big ole Jethro with a big old gun strapped to his big ole ass. What can you do?

He led me through town to a house. As we entered, I could see a small side room that served as the jail with guests in it. Jethro and another bubba wrote me up and asked for cash payment. I did not have that much cash, so they told me I would have to go to the little “house jail.” I had NO intention of doing that. I announced that two grown men should be able to determine if my check was good, to which Jethro literally replied: “Don’t know whut JD gonna think bout that!” I did not care what JD thought bout that; by then I was screaming at both bubbas.

The bubbas took my check. I doubt they stopped another woman in a beige 280Z for a very long time, if ever. My Dad thought this incident was hysterical.

Kelly and I successfully bribed a young cop with a bag of homemade chocolate chips cookies when he stopped us for speeding, circa nineteen-eighty-six. Most unfortunately, that cute and convincing ship has sailed. 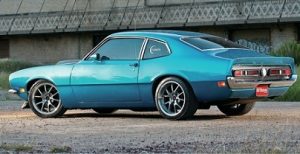 When I lived in Memphis and worked downtown, I had a flat one night. I could not change it, it was too late to find anyone to help, so I took the bus home. I started thinking about the Mighty Maverick down in the hood and called the police to see if I could leave it until morning. Ya gotta love that youthful optimism. The officer said, “Sure, when you go get it tomorrow, and it is on blocks with the tires and anything else they can carry missing, I’ll be happy to come down and make a report for you.” I rode downtown at midnight in the tow truck to retrieve my very first car.

Most tragic of the incidents occurred inside a car wash. Don’t look so shocked, it happens. I hate those car washes where you must align your left tire inside the little track. I don’t really know what happened, it was sooo bad. The end result was poorly backing out of the car wash, damage to said car wash, parts falling down, and a speedy exit.

This last event still makes me cringe. When my little Georgia died, I lost my mind for a while. Lisa took me to lunch to cheer me up, and I stopped for gas after. Did you know that gas station owners become very angry when you forget to remove the gas pump handle from your car before driving away? Come to find out, those suckers are made to pop right off the gas island for special people. Still, I was told I could not go back there. Sixteen years later, I have not.