. . .we’re squeezed into uncomfortable things that pull, pinch, tug, choke, itch, hike up or down, and make the days of our lives miserable. We wear these creations of torture, we tell ourselves, in order to be agreeable to the rest of the world. But, why shouldn’t we find a way to make the rest of the world agreeable to us instead?”   —Sarah Ban Breathnach, Simple Abundance

Back in the day, I was a “disco” dancer. A night of dancing was torture for your feet, especially in the shoes we wore back then. They were a cross between stilettos and the stacked heels girls wear today. John Travolta would have been proud.

I took a dance class to learn new moves. A guy named Kim, several years younger tossed me over his shoulder and expected me to land on my feet. It resembled a mis-fired double lutz. My feet never forgave me. 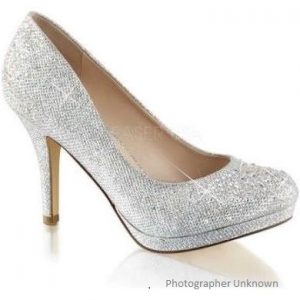 A few years ago I took all my high-heels to Goodwill. I could still wear them, but my “sensibilities” had changed; I was no longer willing to drink the fashion slave kool-aid.

Recently I heard a radio interview with a surgeon who stated: ”Once a week someone comes in wanting her feet surgically altered to fit a particular shoe.” It sickened me to think one would do this for a pair of shoes! It reminded me of the practice of foot binding forced upon young girls that took place in China.

Cultural tradition was of utmost importance during this period. Obedience was imperative for females, obedience to parents, to husbands, to in-laws. Girls in the family were referred to as eldest sister, second sister, third sister, and youngest sister. They were insignificant. 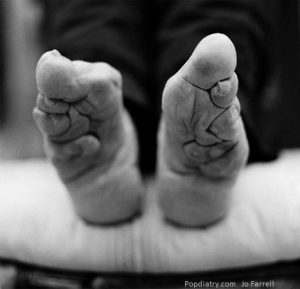 Eldest sister held the most important position. Youngest sister’s cuteness might garner the attention of parents, but the middle sisters were invisible. They could not win the devotion of family. Girls were considered a burden; parents prayed for boys. Female babies were often drowned or left in the hills to die. Only the boys mattered.

The practice of girl’s foot binding was done to ensure social standing for the family. The smaller the feet and the better bound, the easier the father could secure a good marriage match for the girl. Smaller feet commanded a better “bride price” from the groom’s family. If the girl could marry well, it would help support her family. It was primarily about finances. 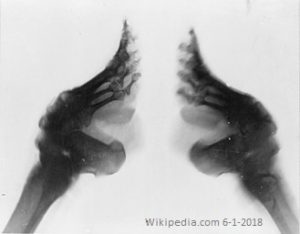 Toes were bound under the ball of the foot, which eventually broke the toes, often they rotted and fell off because the tiny girls were made to walk over and over again on their curled under toes until they broke. Finally, the arch of the foot was broken. This took place over a two year period. The final result? A foot of no more than 10 centimeters long, four inches, about the length of your thumb.

One out of ten girls died from foot binding.

Six years of age was the typical foot binding age. Oddly enough, it was the mothers who carried out the torture of binding and periodic tightening, despite the wails of their tiny daughters. When I remember the sweet faces of my nieces at that age, I feel a deep ache in my feet and heavy defeat in my spirit at the inevitability of struggle. Those who fought and struggled often died, because the bindings were done poorly and caused infection.

It was usually done in the fall; with winter following, the cold would numb some of the pain.

Most Chinese homes were two stories. Once a girl had her feet bound, she lived most of the rest of her life in an upstairs prison. Why? Her feet were so deformed, tiny, and painful she could not walk far. She sat for long hours learning exquisite embroidery skills, another economic reason foot binding persisted for so long.  This, yet another form of female subjugation. 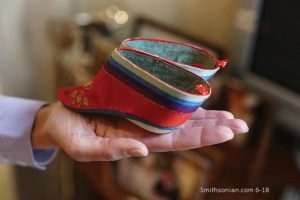 In some rural provinces, the feet were not bound permanently; this allowed the feet to be closer to normal shape and size. This was done so the girls could work in the fields, again, all about finance.

They could no longer walk any distance and could never run again, ever. Some evenings as I strike out on my beloved evening walks I think about those girls who never could. Girls referred to their feet as “remembered feet.” See, Lisa Snow Flower and the Secret Fan, (Random House 05)

As a girl, I remember hearing “Sometimes we must be uncomfortable to look pretty.” As I became a young woman, I succumbed to it, wanting to move the beauty barometer up one more notch. I hoped the generation that came after mine would awaken and see the futility of this. But, some young women today have taken these practices to an entirely new level; self-torture, at tremendous personal expense, all to meet an ever-changing ambiguous beauty standard they will never reach. They are surely intended for better things.

The girls with the tiny bound feet were intended for better things too. I am sure of it.