What are We Willing to Risk Today?

In the spring while the cherry blossoms were showing off, I went to Alexandria Virginia to visit Pat, my dear friend, and spiritual director. We chat Thursday nights unless one of us is too pooped. Embarrassingly, it is usually me.

If you spoke with Pat on the phone, you would think you were speaking to a very spunky fifty-year-old, engaged, clever, opinionated, intelligent, and passionate. Pat drove me to catch the Metro so I could visit D.C, takes two flights of stairs routinely, and insisted on cooking for me each night. She is ninety-three and treasured.

Something we are both passionate about is voting. It is a privilege that was won, literally by the blood, sweat, and tears of other women. These are my heroines, not movie stars, politicians, beauty queens, TV personalities, not even great singers. Pat and I never take these women for granted. For years our Grandmothers, aunts, and her mother could not vote. Can you really imagine it? 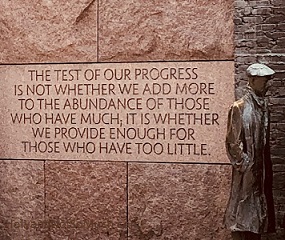 As I stood in front of the White House on Pennsylvania Avenue, I remembered a photo of the suffragists, the National Women’s Party in 1917, standing in the same spot holding picket signs. About two hundred women were arrested during those days, half of them sent to prison. Alice Paul, their leader, and others who went on hunger strikes in protest were force-fed. Those brave, determined, women fought and suffered, so I don’t have to.

“It is doubtful if any man, even among suffrage men, ever realized what the suffrage struggle came to mean to women before the end was allowed in America. How much of time and patience, how much work, energy and aspiration, how much faith, how much hope, how much despair went into it. It leaves its mark on one, such a struggle. It fills the days, and it rides the nights. Working, eating, drinking, sleeping, it is there.”  –Carrie Chapman Catt, 1923 Woman Suffrage and Politics

All I must do to vote is literally drive to the church next door, provide identification, and cast my ballot. I do feel the power and privilege of that and never take it for granted. 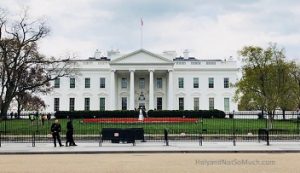 If you have not seen the movie starring Hillary Swank “Iron Jawed Angels,” 2004, or “Suffragettes,” 2015, starring Carrie Mulligan, do. The first chronicles a brief period in the protracted journey the suffragists here took to get us the vote. The latter tells the story of the more militant suffragettes in England and their struggle.

The National American Woman’s Suffrage Association was formed in 1890; it took thirty years for them to win the vote. Thirty years! Do you have something in your life you feel so passionate about that you would risk loss of income, relationships, marriage, safety, and health to gain? For years-on-end? These things and more they lost, many of them died before the vote was won. They gave their lives in service to their country, for you and me.

Suffragists were rich and poor, socialites and working class, religious and agnostic, single and married, bold and timid, public figures and private. What they had in common was a commitment to gain the ability to participate in the democratic process in the country they dearly loved and supported each day with their lives. They had the right, but not the vote. 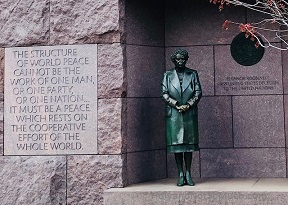 Women who attempted to vote prior to 1920 were turned away. Susan B Anthony actually succeeded but was later arrested for it. Arrested for voting.

In 1916 Alice Paul formed the National Woman’s Party, a group that was willing to do whatever it took. At that time, it was frowned upon for a woman to engage in public speaking. The group’s conventions were disrupted by male opponents. The activities of married suffragists were hampered by laws. They could not legally sign contracts, which made it difficult to plan meetings or print materials. After that time, much of the effort took place state by state.

Lucy Stone, one of the NAWSA members and an eloquent public speaker, refused to pay her taxes on the grounds that women were taxed without being able to vote on tax laws. The courts sold all her household goods at auction until enough was raised to pay her taxes. 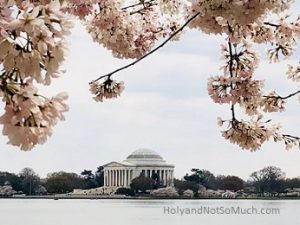 In 1866 Elizabeth Cady Stanton ran for Congress, which was ironic since she could not vote. She wanted to serve and was the first woman to run. She received two dozen votes out of 12,000 cast.

The suffrage movement held 480 campaigns in 33 states between 1870 and 1910 to have the issue of women’s suffrage brought before the voters, only 17 times was it placed on the ballot. There were many groups opposed to suffrage, brewers and distillers, cotton mills, newspapers, religious institutions, women’s anti-suffrage groups, many southern states, and presidents.

Members of the National American Woman’s Suffrage Association, Alice Paul, and Harriet Stanton Blatch traveled to England to help with the efforts there and returned to the U.S. infused with new ideas. After returning Alice and Lucy Burns organized a suffrage parade to be the day before Woodrow Wilson’s presidential inauguration, March 3rd 1913.

Wilson was opposed to suffrage for many years. Opponents stormed the streets in droves and turned the event into a riot; the cavalry had to restore order. Both male and female participants were shoved, hit and spat on. 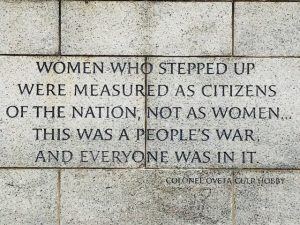 Although this event did not come off as planned, it was a boon to their efforts; the press harshly criticized the offenders and garnered the attention of those in power. Slowly things began to change. I will not elaborate because I am not a historian, and this process was extremely l-o-n-g and confusing at best.

World War I had an enormous impact on the movement as women in so many countries stepped up to aid war efforts. Their sacrifices were recognized in this country as well as others, and a suffrage bill was put before the House of Representatives. It took five more years, and grueling effort before the Nineteenth Amendment to the U.S Constitution was passed in 1920. 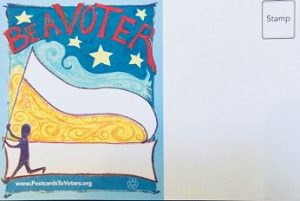 Last week as I addressed postcards asking Oklahoman’s to vote on November 6th, I could feel our suffragists with me. I will be forever grateful for them; I am humbled at their sacrifices.

Text- The nineteenth amendment to the constitution:

The right of citizens of the United States to vote shall not be denied or abridged by the United States or by any State on account of sex. Congress shall have power to enforce this article by appropriate legislation.